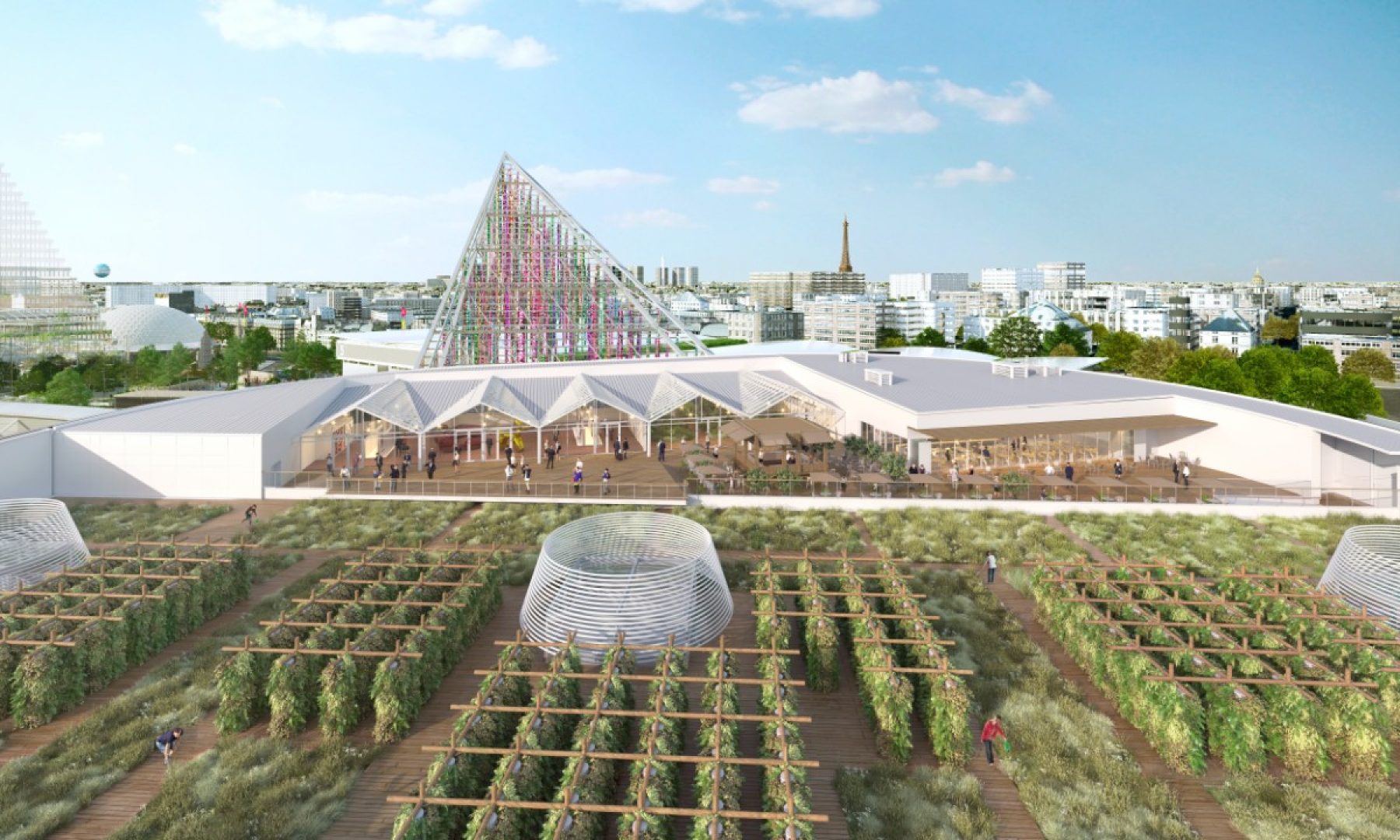 The downside is that it is aeroponic growing. There is no soil or other growing medium. The nutrients are in water which is sprayed on the roots of the plant and continually recirculated. It works well and can produce high yields. The downside is that aeroponics uses chemical fertilisers which are made using fossil fuels resulting in a big carbon footprint.

Some vertical growing systems use a synthetic growing medium like rockwool or vermiculite. The production of both is extremely energy intensive. There are also issues around disposing of used rockwool. Again, far from sustainable food production.

No quick fixes are ever as easy as they appear. 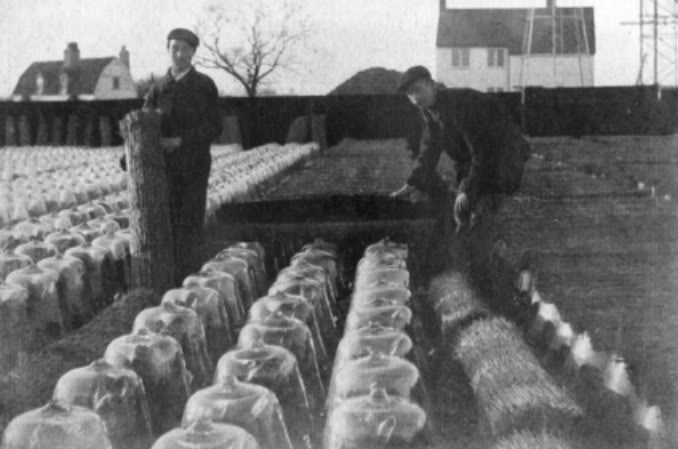 It can only be a half-way house the ideal being getting back to the market gardens that used to surround Paris. 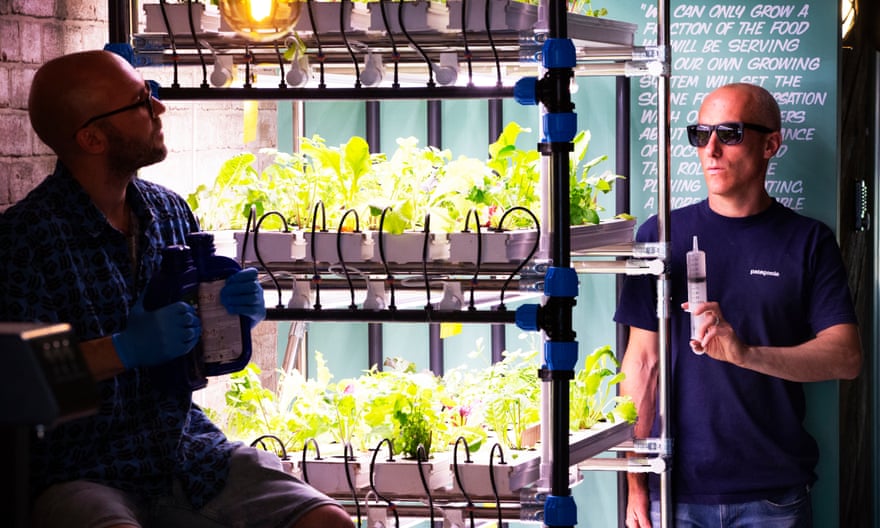 An article in The Guardian today says that Ocado have bought into a ‘vertical farming.’ They are already claiming that it is pesticide free and sustainable.

This is nothing new, the idea has been around for years and was once known as hydroponics where plants are grown in soil less systems. The roots can be contained in blocks of inert media like rock wool or just dangle into water filled troughs.

The ‘vertical farm’ uses trays of plants with lighting above them. The lights used to be energy hungry, but the advent of LEDs has reduced the energy requirement. That is probably where the sustainability claim originates. 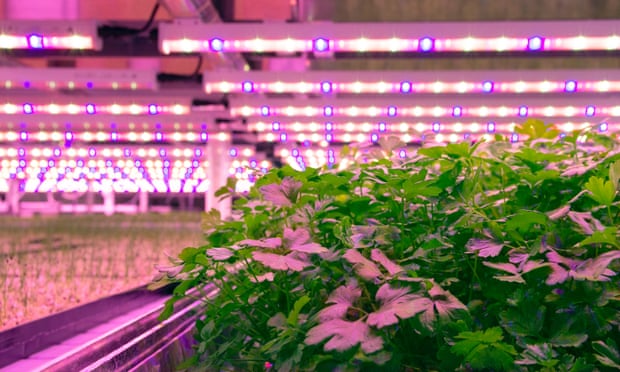 What the investors will not tell you is that plants need nutrients to grow, In conventional growing nutrients come from soil. In hydroponics they have to be dissolved in water.

The basic plant food is NPK, nitrogen, phosphorous and potassium. These can only be supplied by using artificial fertilizer manufactured in chemical plants. Phosphorus is mined and there are many reports of the devastation this has caused. There is also grave concern about how shortages of phosphorus “could leave us all hungry”

Artificial fertilizers require huge amounts of energy and raw material from around the world which cannot, by any stretch of the imagination be considered as sustainable.

Soil contains many micronutrients that are impossible to synthesize in an artificial form. Some hydroponic enthusiasts will tell you they include micronutrients in their mixes, but it is not as simple as adding a few more chemicals.

The only place to grow food is in well managed soil. Making artificial food factories might look attractive, especially to investors, but it is not the way forward and looks like another quick techno fix to a complex issue. So, why do it? As Ocado say, they are looking for big returns.

There is currently a lot of intertest in the use of hydroponics to grow food. It is being hailed as the way to solve the food crisis and provide cheap food in cities. The usual arguments are that redundant buildings can be used in city centres, or even old underground railway tunnels thus reducing food miles. It is being pushed as the only way forward especially by the media as it makes a good story.

I have nothing against growing food in cities and it is something that I have advocated for many years. There are many small plots of land that should be used for food production as well as flat roofs on building which make ideal growing spaces. See this from 2008  and this from 2009 and there are many more examples on the City Farmer web site

There are problems with the current push by the hydroponic industry not least of which is the claim that it is ‘organic’.

Hydroponic growing uses N-P-K fertilisers, (nitrogen, phosphorous, potassium) dissolved in water that is fed to plants. Some systems use plastic troughs through which water constantly circulates while other use an artificial substrate. They all rely on the same chemical fertilisers used in conventional farming which require huge amounts of energy to make. The mining of potash is an environmental disaster as is the continuing high level of depletion of other resources. None of this is sustainable in the long term.

To grow strong, healthy and nutritious plants requires more than just N-P-K, fertilisers. Soil contains many micro-nutrients which are essential for healthy, disease resistant plants. Hydro growers will argue that their fertilisers contain other chemicals but they can never truly mimic the complex web of nutrients available in soil.

Hydroponics uses products like rock wool, vermiculite or perlite to anchor plants roots in the early stages of growth or as a substrate for the whole life of the plant. After use these products are discarded as they cannot be reused due to fear of infection. They are products manufactured from minerals using large amounts of heat. Again, very unsustainable.

Being organic is about caring for soil which is the most valuable asset we have. That means not using artificial fertilisers or pesticides. Hydroponic growers make a lot of noise about using less pesticides but forget about the chemical fertilisers they rely on. Hydroponic growing will never be certified as organic in the UK and cannot be sold as such.

There are ways to grow real organic food in cities and it is something we should be doing. Hydroponics is not the answer although it gets a lot of news because of the high-tech novelty value of rows of plastic containers growing plants under artificial lights. The real way to grow good food is outside in soil or soil based composts.